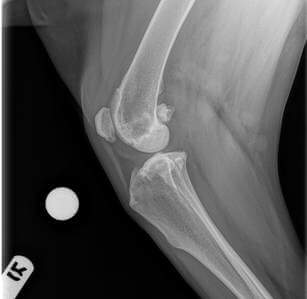 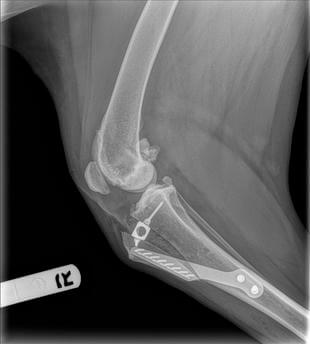 The most common knee injury in the dog is rupture of the Cranial Cruciate Ligament (CCL), also frequently referred to as the Anterior Cruciate Ligament (ACL). This injury can occur at any age and in any breed, but most frequently occurs in middle-aged, overweight, medium to large breed dogs. The ligament frequently can suffer a partial tear, leading to slight instability of the knee. If this damage goes untreated, it most commonly leads to complete rupture and possibly damage to the medial meniscus of the knee. The meniscus acts as a cushion in the knee. Complete rupture results in front-to-back instability—commonly called Tibial Thrust—and internal rotation of the lower leg—commonly called Pivot Shift. Untreated legs usually become very arthritic and painful from the instability. The following are the most common surgeries performed to repair a torn CCL:

TTA Pre & Post-Operative Surgical Care
We're Here For You Any Day, Any Time

Our highly-trained emergency veterinarians and technicians have passion for providing high-quality, compassionate care.