April 07, 2019
By Veterinary Emergency & Surgery Hospital
Dogs, and sometimes cats (but mostly dogs), occasionally like to eat things that they really shouldn’t. These items can range from something remotely edible like leftover Chinese food or a dead mouse they found outside too well, honestly, anything.

The following is a list of items we’ve surgically removed from our beloved, but foolish pets. 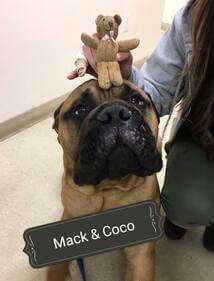 What happens when Rover eats something that can’t quite make it out the other side? Often, the first sign is vomiting. It’s like when something clogs up a pipe or a toilet, there’s no place for stuff to flow through. So even if they’re still eating, it’ll go down but then run into a roadblock where the only option is to come right back up. Everything after the obstruction is still pretty normal, so Rover may have a normal poop to start, then maybe a little diarrhea cause there won’t be much left to push out, and then, nothing. Eventually, with all the vomiting and nausea, dehydration will be inevitable along with a decreased appetite. Soon they won’t even be tempted by the free munchkins in the Dunkin’s drive-through. The vomit may also change, it may go from food to yellow bile, to a dark brown that could be confused as diarrhea and with a smell so vile you’ll be looking for a gas mask.

So what to do now? Radiographs (x-rays) are a good first start, sometimes you’ll get lucky and see the foreign material but usually, it’ll just look like 50 shades of gray (just the color gray, none of that stuff from the books). If it looks like potentially a partial obstruction where maybe a tiny amount of fluid may be able to squeak by, sometimes getting them rehydrated with fluids can help it slither on out the other end. If it’s truly stuck though, surgery is really the only option. If the foreign material is stuck in the intestines for too long, it can damage the tissue leading to perforation. Perforation means stuff that’s supposed to stay inside the intestines leaks outside the intestines and that leads to sepsis which can lead to death. 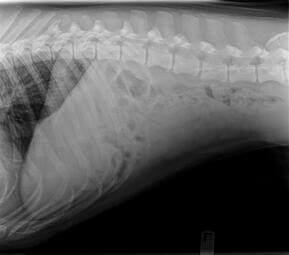 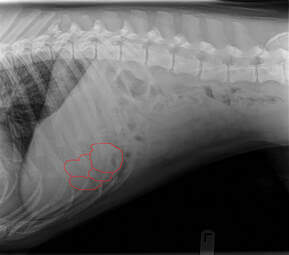 ​Surgery can definitely cost a pretty penny and you should expect Rover to stay in the hospital for a couple of days. Most pets do well after surgery and have no long-lasting effects. They’ll need some medications, rest, a bland diet, and the cone of shame but are typically feeling much better 24-48 hours following surgery. Issues can arise with complications of unhealthy intestinal tissue or pancreatitis which can cause the incision into the intestines to break down leading to sepsis, which, as mentioned earlier, is bad. Multiple incidents of obstructions also lead to multiple surgeries which will increase the risk for adhesions. This is where the intestines become bunched and stuck to each other - this can cause an obstruction if it prevents the flow of food through the intestinal tract though adhesions are fairly uncommon.

If your pet is vomiting and you think they may have eaten something, call your vet. And please, don’t let them eat lots of grass as this can turn into an obstruction as well.​

This topic is a bit of a broken record for a lot of vets. A good majority of us believe in “An ounce of prevention is worth a pound of cure,” and tick and flea prevention fall into this category. We recommend that your pets be on preventative all year long. This is not to sell products and to make money, this is for the health of YOUR pets. I’m sure you’re also probably sick of hearing about it all the time, so if you’re one of those owners that thinks you don’t need prevention year-round, or that your dog doesn’t go outside, or that you don’t want to put those toxic products on your pet, please, we beg you, read the rest of this post and for the love of your pets, consider what we have to say. 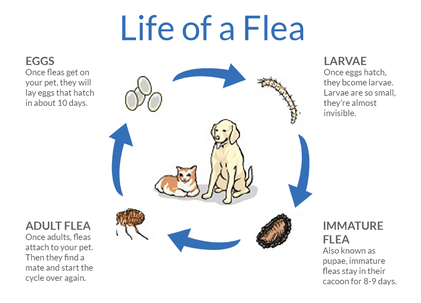 ​​​
First, how do our pets get fleas? Fleas can be found in almost any environment. So if your pet ever sees sunlight or feels the wind on its face, it is at risk for fleas. And those buggers are the worst. A flea bite freaking hurts! If you notice your dog is whipping around to chew his side or your cat is madly scratching itself, it’s because those little suckers bite! A lot of dogs and cats are also allergic to flea saliva, so that means they’ll be even itchier. They’ll lose fur, their skin will get thick, flaky, and red, and they will be so very uncomfortable all the time. Additionally, when pets groom or are chewing at themselves, they ingest the fleas and transmit tapeworms. Pretty gross stuff.

The last and final straw is that they are sucking the blood of your beloved pets. This is a problem, especially if your dog or cat is young, old, or already sick. They need all the red blood cells they can get. Some animals have lost so much blood due to fleas, that they have needed a blood transfusion, A BLOOD TRANSFUSION BECAUSE THEY COULD DIE FROM FLEAS. Now, I don’t mean to be dramatic, as that is not the case for most pets with fleas, but it has happened more often than it should. This is super frustrating because it is completely preventable. (Also, blood transfusions ain’t cheap!)

Speaking of not cheap, that’s just the cost to your pet. The cost to you is that you now have to go out and treat ALL of your animals because if one has fleas, they’ve all got fleas. Those fleas have also begun to lay eggs in anything that is soft and cozy - your furniture, your rugs, your clothes, your towels, all of it. So it’s a big clean up project. Vacuuming, laundry, and sometimes flea bombing your whole house. It’s not fun and gets expensive.
​

Let’s move on to ticks.

​​​
Ticks, just like fleas, are easily found in the environment. But let’s dispel a few myths first. Ticks do not jump. Ticks do not fly. Ticks do not hunt and chase you down. Ticks hang out on a branch or blade of grass flailing their little legs around waiting for any creature to walk on by and hitchhike. They then crawl creepily around until they find a safe spot where they are unlikely to be knocked off or noticed and settle in.

What gross things can ticks transmit? Lyme disease, anaplasmosis, ehrlichiosis, Rocky Mountain Spotted Fever, tick paralysis, Babesia. (Don’t worry about pronunciation, what matters is they’re all harmful and not fun.) Some, like Lyme Nephritis, can kill your pets.

Doesn’t the frost kill them? Not quite. A frost may slow those suckers down, but there needs to be a good run of days below 10͒F for them to die off, and lately, our New England winters haven’t been so predictably frozen. They also really enjoy humidity and lots of precipitation.

​​​
There’s a huge variety of great products available to help prevent this creepy crawlies from feasting on Fido. From topical to chewable, talk with your vet about which would be the best option for you and your pet. [Side note, there are also a lot of generic (or knock-off) products out there so do exercise a bit of caution as to what you choose, they may come with an increased risk of toxicity.]

I don’t want to put all of those chemicals on (or in) my dog! Understandable. Now, the body can have an adverse reaction to anything. Medication, herbs, food, ANYTHING. Even though peanuts are all-natural and healthy, they are also deadly to some people. This small risk must be weighed against the possibilities of your dog coming down with any of those horrid tick-borne diseases or having a severe flea infestation (sorry, but the diatomaceous earth does just doesn’t cut it once the fleas have taken hold). This risk of adverse reactions to these well researched and tested products is relatively small. In comparison, the risk of illness or infection from ticks and fleas is much higher and the cost to treat can add up fast.

The moral of the story - please put your pets on preventative year-round. The risks are far outweighed by the benefits.

We all like to show our fur babies a little love (or even a little extra love) by getting them new toys, taking them for a play date, a run on the beach, a new sweater that they obviously LOVE, and by giving them one of their favorite things - snacks. So let’s review the good, the not so great, and the stuff they should absolutely stay away from!

The Ugly (Really, just stay away from these ones.) 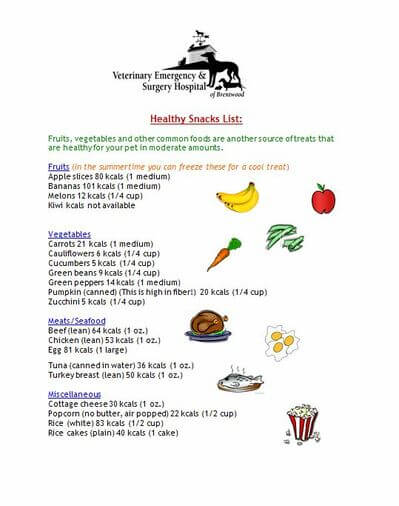 Vegetables
Fruits
The Good but in Moderation

These are both pretty high in sugar and have been linked to cavities. So these good for every once in a while, but not every single day.

​
What about bully sticks and bacon strips and raw hides and pepperonis or ice cream?
Think of all of these things like the fried dough of dog treats. Similar to cake, whoopie pies, cookies, candy, cupcakes - you get the idea. These do not add much nutritional value and if your pup has a sensitive stomach, can lead to some soft stools. That soft serve ice cream might come out in the same shape it went in. It is also adding extra calories, so if you’ve noticed your Weiner dog is starting to look like an overstuffed sausage, this is a no brainer. Try to limit these to once, maybe twice per week.

Some of you may know that we have a gaggle of Frenchies at our hospital - two of which have become fairly well known on social media, what’s known as “instant-fame”. 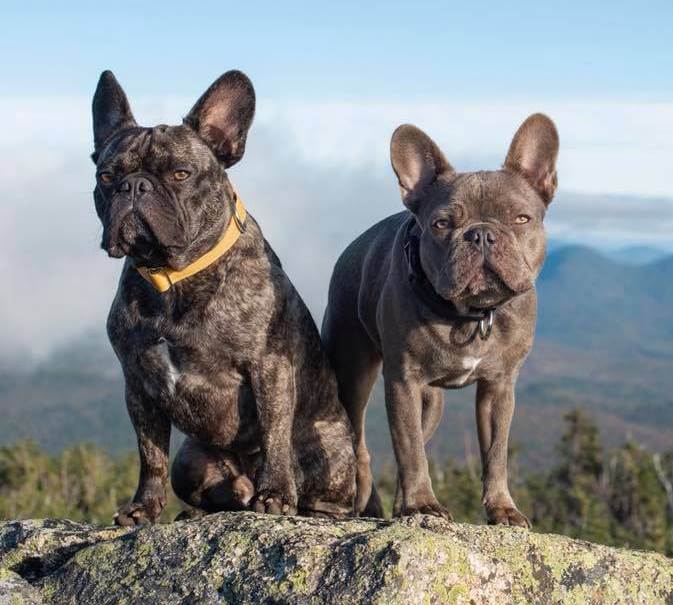 Due to their “instant-fame”, Gus and Tug have become a popular product ambassador for a lot of getting pet product companies. This allows these boys to do lots of adventure while still being fashionable and functional.

And a bonus? Coupon codes for you to do some shopping for your own pups!
​
Below are the boys modeling some great products: 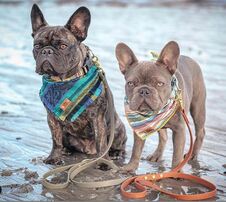 Just looking for a new leash and collar? Sloppy Chops Co. makes a biomethane collar and leash which is soft, flexible, and waterproof - perfect for rainy days (or impromptu dips in the pond!). It is also resistant to cuts, abrasions, and cracks with no need for maintenance such as oiling or conditioning. They are also fade-resistant, vegan friendly, and have a lifetime warranty.

Use code: GUSANDTUG for 10% off at Sloppy Chops Co. 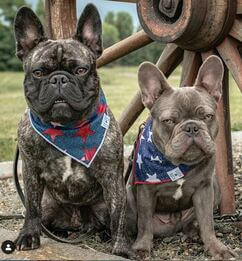 If you’re just hoping to brighten things up a bit, Luck of Tuck has tons of bandana options and they donate a portion of their proceeds to rescues and shelters. They’ve also got collars, leashes, and bow ties to spice up your pooch’s life!

Use code: GUSANDTUG for 10% off at LUCK of TUCK 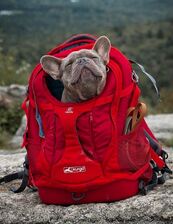 Getting a little more adventurous? Heading up into the mountains for a day hike? Kurgo makes some great products from booties to protect their paws on rough terrain, to backpacks to carry some additional gear. Alternatively, if your pooch may not be able to make the entire climb, they also make backpacks so you can help them reach the top!
​
​Use code: G&T4KURGO for 20% off at Kurgo 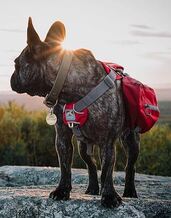 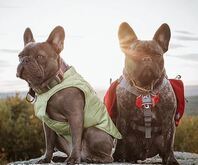 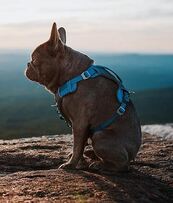 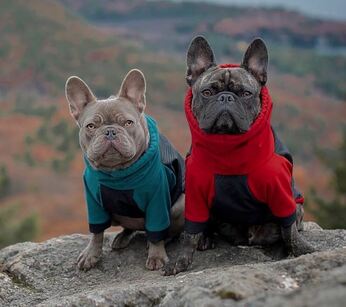 Threadzntails is a company based out of Vancouver and their shop can be found on Etsy. Their coats are custom made, which is perfect for those with deep or wide chests, plus you can pick from a variety of fabric choices. 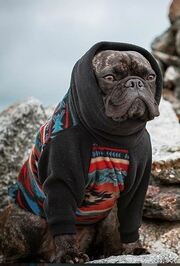 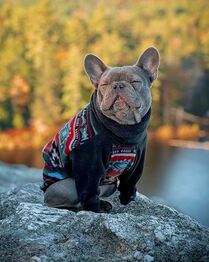 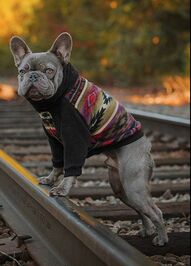 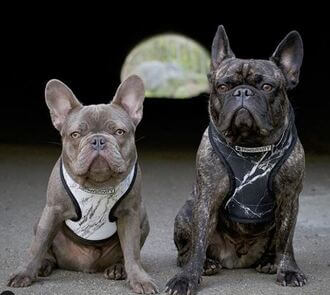 ​Pawsitivity Pet Supply is based in Massachusetts and a portion of every sale goes to a Boston animal shelter. They have a variety of collars, harnesses, leashes, bandanas, and some pretty stylish bow ties for a more sophisticated look. 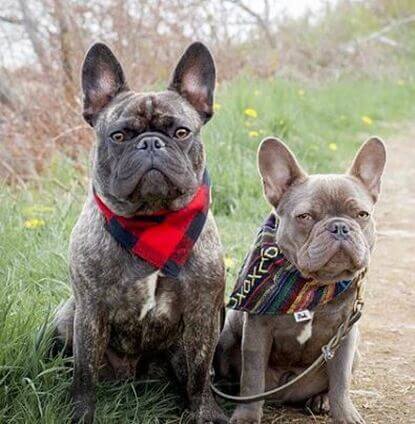 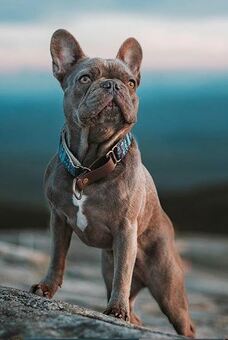 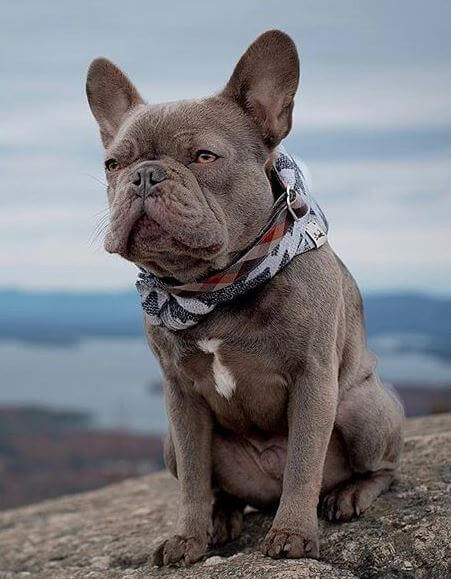